I love cartoon movies that are actually sophisticated enough for adults.  How to Train Your Dragon is one of the those movies.

Hiccup (the boy in the photo) lives in a Viking camp who hunt dragons.  Because of his size he isn't taken seriously and trained as a blacksmith and inventor instead of a hunter.  During a dragon attack, Hiccup fires one of his inventions at Toothless the dragon and badly injures him.  I don't want to give away much of the story.  Suffice to say Hiccup learns to be strong, empathetic, and not to judge a book by its cover . . . or a dragon by its teeth.

An excellent movie for the whole family.

When we started watching Beautiful Day in the Neighborhood (it's making me nuts not adding the U) I thought it was a biography of Fred ... 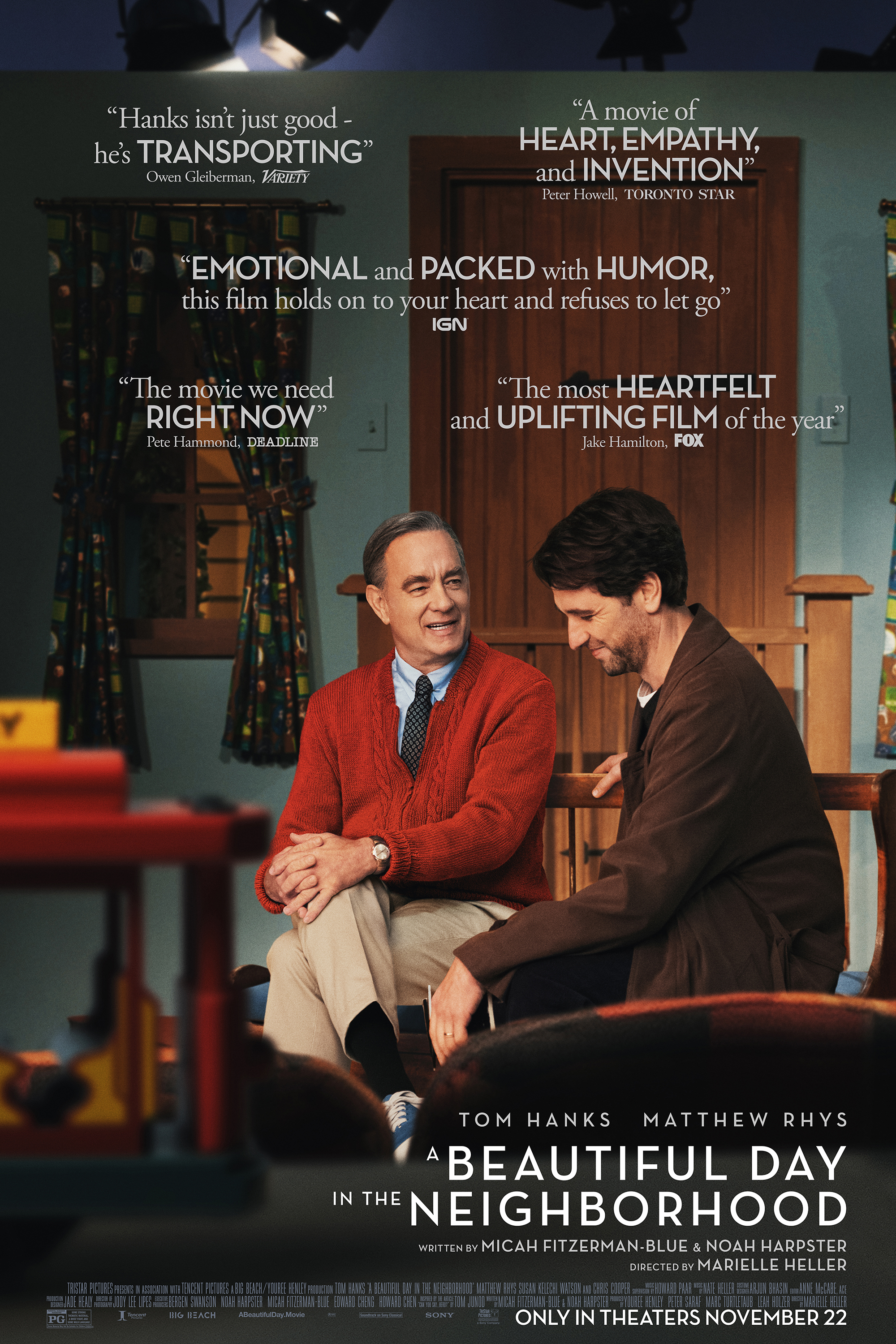