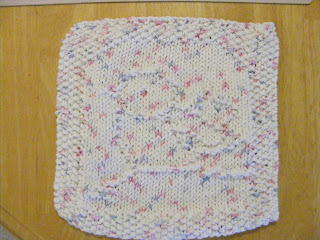 Every month a Yahoo group called Monthly Dishcloths post two mystery knit alongs.  I enjoy participating in these although I'm much slower than I want to be.  Blame it on my busy life and my Dreaded To Do List . . . LOL . . . This one has a pattern of a bird on a limb.  Cute, eh? 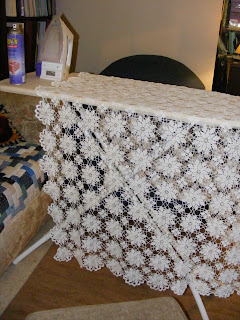 Many of you already know this but I don't believe I've ever shared this photo.  This is a vintage crochet pattern I found several years ago on the internet.  It is called Queen Anne's Lace.  I started it when I was working at Starwood.  For a while we were allowed to do crafts or crossword puzzles or whatever between calls.  I assume someone in another department complained because one day we were told not to bring our projects to work anymore.  Someone was a party-pooper.  I finished this tablecloth in September 2011.  It took over 2 hours to iron but I am so proud of how it turned out.
at December 29, 2011 2 comments: Links to this post 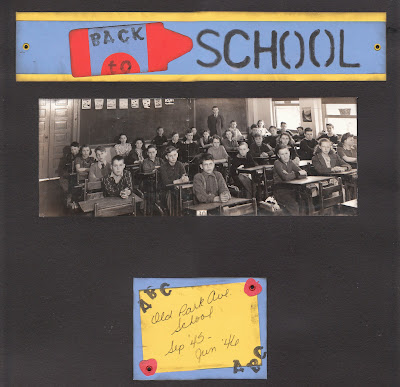 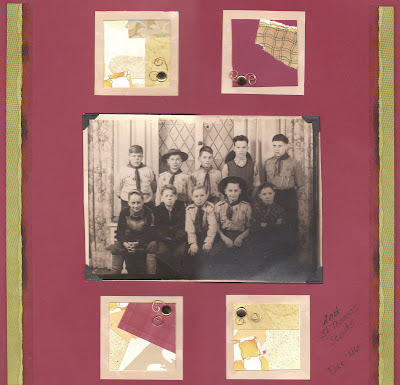 Gordon Miles Matthews and living were divorced about 1985.

His residence from 1995 to 2002 was 169 Chestnut Street, St. Thomas, Elgin County, Ontario, Canada according to Ancestry.ca.

Gordon Miles Matthews died February 13, 1997 at the age of 62.  The Funeral was held at the Williams Funeral Home on February 17, 1997 and buried at Elmdale Cemetery, both of St. Thomas, Elgin County, Ontario, Canada.

I would appreciate your help.  I am looking for stories, photos, documents regarding my father Gordon Miles Matthews.  Please comment on this article or email me privately.  I really appreciate your help with this project.
at December 28, 2011 No comments: Links to this post

Today's Writing Prompt: Back to School If you had the resources and extra time to go back to school, what would you like to study? I...