Become part of your community ~ Join something!

The level of political participation or civic engagement in a community, province, or country is often used to assess just how healthy our community and our democracy is.  How healthy is our community?

What does civic engagement mean?

Civic engagement means working to make a difference in one's community and developing the combination of knowledge, skills, values and motivation to make that difference.  It means promoting the quality of life in a community, through both political and non-political processes.

Examples of non-political civic engagement include:

* cleaning up a neighborhood park,

* volunteering in your child's school, or 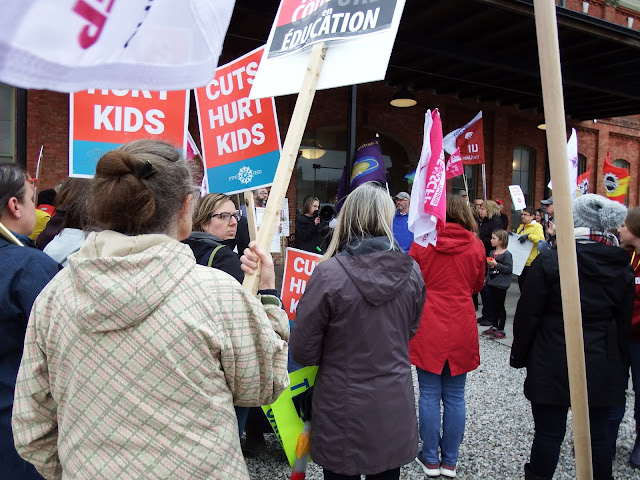 Anyone can be an activist. An activist is someone who takes action to make things better.  An activist engages in their community to make a difference.

In Canada, freedom of association, free speech and the right to participate in the political process are guaranteed by law. The Canadian Charter of Rights and Freedoms explicitly recognizes four fundamental freedoms:

* freedom of conscience and religion;

* freedom of thought, belief, opinion and expression, including freedom of the press and other media of communication;

* freedom of peaceful assembly; and

Under section 3 of the Charter, “every citizen of Canada has the right to vote in an election of members of the House of Commons or of a legislative assembly and to be qualified for membership therein.”

Do Canadians make use of and take advantage of those freedoms, either by participating in some kind of group, by voting in elections or by expressing their views on various political issues?

Some forms of political participation include:

* volunteering for a political party,

* boycotting or choosing a particular product for ethical reasons, and

*to make themselves useful or contribute to social progress,

*or to participate in a sport or an artistic activity.

Sometimes, as in the case of unions, people can become members of a group without necessarily taking any steps to do so. Regardless of the reason, civic engagement is a positive way to serve, both for participants and for the community.

Why do Canadians avoid politics?
at September 02, 2019

Email ThisBlogThis!Share to TwitterShare to FacebookShare to Pinterest
Labels: Civic Engagement, In My World

Today's Writing Prompt: Mornings What's the first thing you do when you wake up every morning? I am a creature of habit, espe...