Insulin was discovered by Sir Frederick G Banting (pictured), Charles H Best and JJR Macleod at the University of Toronto in 1921.

Enlisting the aid of biochemist J.B. Collip, they were able to extract a reasonably pure formula of insulin from the pancreases of cattle from slaughterhouses.

On January 23, 1922, Leonard Thompson, a 14-year-old Toronto boy who was drifting in and out of consciousness at Toronto General Hospital, became the first person to receive the purified extract of what would come to be called “insulin." 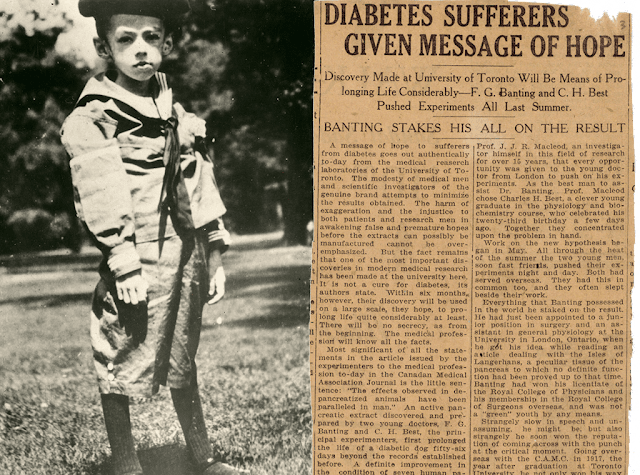