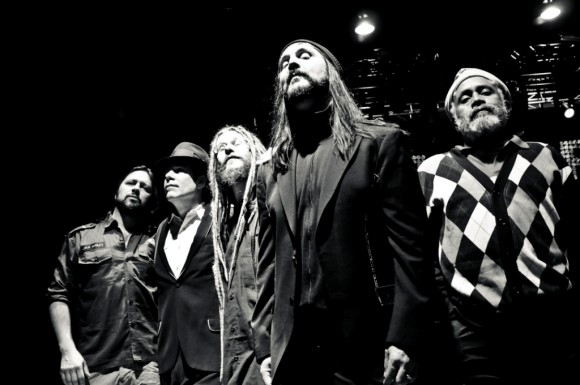 Officially formed by Gordie Johnson in 1988 in Toronto, Ontario, Big Sugar consisted of vocalist and guitarist Gordie Johnson, bassist Terry Wilkins, and drummer Al Cross, though the three musicians had already played together for several years as a supporting band for Molly Johnson's jazz performances and as an informal jam band with members of the Bourbon Tabernacle Choir. After Molly Johnson returned to rock music with Infidels, she helped her former bandmates to secure a record deal; the eponymous debut album was released in 1991 on Hypnotic Records.