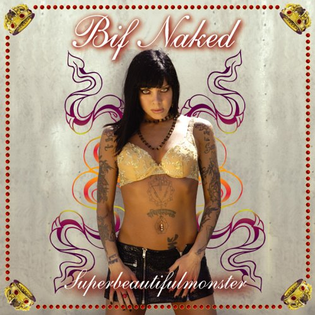 Beth Torbert (born June 15, 1971) is a Canadian singer-songwriter best known by her stage name Bif Naked. Between 1996 and 2016, she was among the top 150 selling Canadian artists in Canada. Bif Naked was born in New Delhi, India, to teenage parents attending private school. She was subsequently adopted by American missionaries. She spent part of her childhood in Lexington, Kentucky, where her father was a professor at the University of Kentucky. She went to Kelsey Elementary School in The Pas, Manitoba, for a couple of years. After living for a time in Dauphin, Manitoba, her family eventually settled in Winnipeg. She graduated from John Taylor Collegiate and studied theatre at the University of Winnipeg. (Wikipedia)