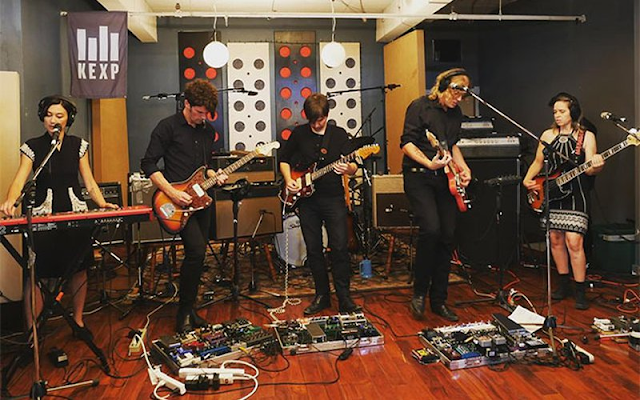 The band are currently a six-piece centered around the atmospheric songs of Lasek and Goreas, whose expansive sound draws from numerous aspects of rock 'n' roll history. The band's name comes from Besnard Lake in North-Central Saskatchewan. The band's second album, The Besnard Lakes Are the Dark Horse was recorded at singer Lasek's own Breakglass Studios, with members of Stars, The Dears and Godspeed You! Black Emperor/Silver Mt. Zion making guest appearances. It was nominated for the 2007 Polaris Music Prize. Many songs on The Besnard Lakes Are the Dark Horse are prefaced by recordings from shortwave radio number stations as first made popular in recordings such as The Conet Project.

A third studio album, The Besnard Lakes Are the Roaring Night, was released on Jagjaguwar on March 9, 2010. A 12" record featuring album track "Albatross" and "Four Long Lines" was released on February 9, 2010. This album was a shortlisted nominee for the 2010 Polaris Music Prize. (Wikipedia)