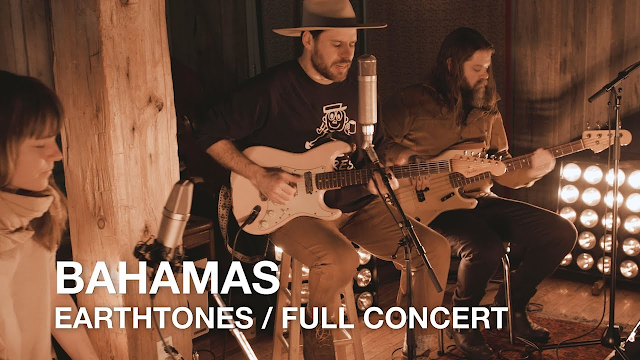 I have never heard of Bahamas before but I'm glad I've just been introduced to them.

Afie Jurvanen was born in Toronto and raised in Barrie.  He taught himself guitar. He worked with a variety of musicians that includes The Lumineers, City and Colour, Feist, Howie Beck, Jason Collett, Jack Johnson, The Weather Station, and Zeus. Downtown Music Publishing represents Bahamas' songs.

Jurvanen recorded his debut album, Pink Strat, in a cabin in rural Ontario in 2008. He released the album under the name Bahamas in 2009 and was subsequently nominated for a 2010 Juno Award for Roots & Traditional Album of the Year – Solo.

Bahamas' second album, Barchords, was released on February 7, 2012. The album received nomination at the 2013 Juno Awards for the Adult Alternative Album of the Year. Jurvanen received a nomination for Songwriter of the Year for the tracks "Be My Witness", "Caught Me Thinking", and "Lost in the Light".

Jurvanen released his third album, Bahamas Is Afie on August 19, 2014. The album received first place on Q's Top 20 Albums of 2014. Bahamas Is Afie received a nomination for Adult Alternative Album of the Year At the Juno Awards of 2015, and Jurvanen received nomination for Songwriter of the Year for "All the Time", "Bitter Memories" and "Stronger Than That". He won the awards in both categories.

Jurvanen released his fifth studio album, Sad Hunk, on October 9, 2020. The album received a Juno Award nomination for Adult Alternative Album of the Year at the Juno Awards of 2021.

Jurvanen lived in The Junction neighborhood of Toronto with his wife and two children until December 2018, when they relocated to Nova Scotia.