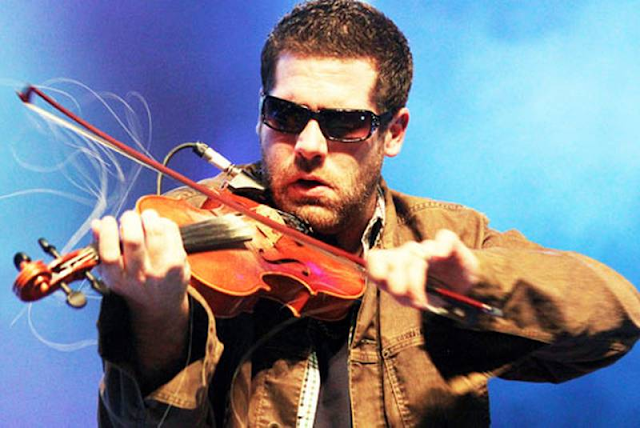 Ashley Dwayne MacIsaac (born February 24, 1975) is a Canadian fiddler, singer and songwriter from Cape Breton Island. He has received three Juno Awards, winning for Best New Solo Artist and Best Roots & Traditional Album – Solo at the Juno Awards of 1996, and for Best Instrumental Artist at the Juno Awards of 1997. His 1995 album Hi™ How Are You Today? was a double-platinum selling Canadian record. MacIsaac published an autobiography, Fiddling with Disaster in 2003.

MacIsaac come from a very musical family.  MacIsaac was born in Creignish, Nova Scotia. His sister Lisa is also a fiddler, who has her own alternative country band, Madison Violet. She also appears on his album Helter's Celtic, which was recorded at Metalworks Studios in Mississauga, Ontario.

His cousins Alexis MacIsaac, Wendy MacIsaac and Natalie MacMaster are also touring fiddlers. He is also a distant cousin of the White Stripes guitarist and lead vocalist Jack White. The two met and MacIsaac opened for the White Stripes concert in Glace Bay in 2007.