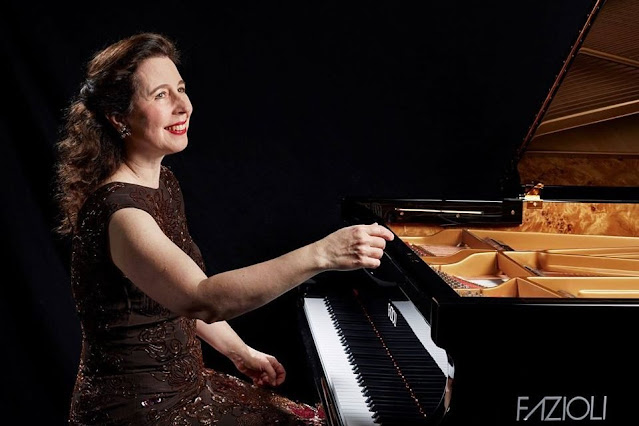 Angela Hewitt, CC OBE (born July 26, 1958) is a Canadian classical pianist. She is best known for her Bach interpretations.

Hewitt was born in Ottawa, Ontario, daughter of the Yorkshire-born Godfrey Hewitt (thus she also has British nationality) who was choirmaster at Christ Church Cathedral in Ottawa.  She began piano studies at the age of three with her mother. She earned a scholarship at the age of five. She studied violin with Walter Prystawski, recorder with Wolfgang Grunsky, and ballet with Nesta Toumine in Ottawa. Her first full-length recital was at the age of nine, in The Royal Conservatory of Music in Toronto, where she studied from 1964 to 1973 with Earle Moss and Myrtle Guerrero. She then went on to be the student of French pianist Jean-Paul Sevilla at the University of Ottawa.

In 2000, she was made an Officer of the Order of Canada (OC).  In 2002, Hewitt was awarded the National Arts Centre Award, a companion award to the Governor General's Performing Arts Awards.

On December 30, 2015, Hewitt was promoted to Companion of the Order of Canada, the highest grade of the honour.