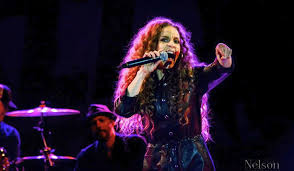 Amanda Meta Marshall (born August 29, 1972) is a Canadian pop-rock singer. She has released three studio albums, the first was certified Diamond in Canada, with the latter two certified 3x Platinum and Platinum respectively.  She is best known for her 1996 single, "Birmingham", which reached number 3 in Canada and was her only song to reach the US charts.

Marshall was born in Toronto, Ontario, Canada.  She grew up an only child, in her own words, "the product of an interracial marriage": her mother is from Trinidad, her father is Canadian. In several of her songs, Marshall has reflected on her racial identity "as a woman who looks white but is actually black".
Marshall studied music extensively during her childhood, including at the Royal Conservatory of Music in Toronto. While performing on the Queen Street West bar scene in her teens, she met guitarist Jeff Healey, who was struck by her powerful voice and took her on tour for a long time.
In 1994, Marshall signed to Epic Records, and contributed to the Neil Young tribute album Borrowed Tunes: A Tribute to Neil Young the same year. Her debut album "Amanda Marshall" was released the following year in 1995. The album was a major success in Canada, generating a great deal of airplay and spawning six Top 40 hits—"Let It Rain", "Beautiful Goodbye", "Dark Horse", "Fall From Grace", "Sitting on Top of the World", and "Birmingham", her most successful hit in Canada and the only song to reach the US charts.  (from https://en.wikipedia.org/wiki/Amanda_Marshall)
at November 08, 2020