Did you know that Canada has the 4th lowest population density in the world?  Thats what 101 Interesting Facts About Canada states . . . but I could find no proof of that.

According to Wikipedia, on the list of top 100 most populous countries, Canada ranks at 99th, making it the 2nd lowest density on the list.

According to Google, Canada's population is around 36.7 million @ Feb 13, 2019.  Approximately 80% of people live in cities and towns. We have so much space in Canada that our population density ratio is one of the lowest in the world. That translates to less than 4 persons per square kilometre!
That's all I've got to say about that . . . LOL. 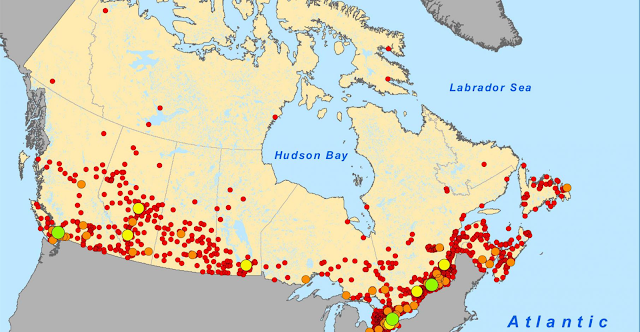