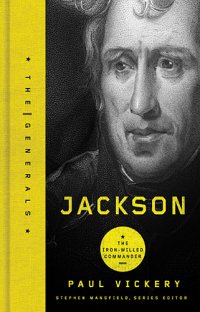 I recently read Jackson:  The Iron-Willed Commander by Paul Vickery.  The book is extremely well written with a great deal of background to help you understand the context of Jackson's story.

Andrew Jackson rose from an orphan to the lofty heights in the White House as a result of his grit and ambition.  As a general he was strong-willed charismatic man, respected by his men.  In one incident he stopped a brigade's mutiny by himself.

Jackson had strong opinions about the British and Spanish, as well as the First Nations tribes, believing they compromised the new country's sense of nationalism and security and must be controlled or removed.  He never swerved from these beliefs, sometimes bringing him glory and other times causing scandal.