We had to leave St. Thomas quite early (by my standards) to attend this event, hosted by Fiddleheads, in Rockwood ON.  We still managed to be a bit late but in time to attend the workshop of solving ciphers and other interesting types of clues.  I have to admit I'm not all that great, especially with the really tricky stuff but the boys have minds like steel traps so we were pretty sure they would be able to help us find all the boxes when we headed out after lunch (pot luck and fabulous) to start solving some mind bending clues.  The boxes are hidden in the Rockwood Conservation Area, a fabulous park that we really enjoyed exploring.  Right beside the parking lot is this abandoned mill.  It looked more like a castle and the boys had an amazing time exploring it.  I was able to get some really nice photos like this one here. 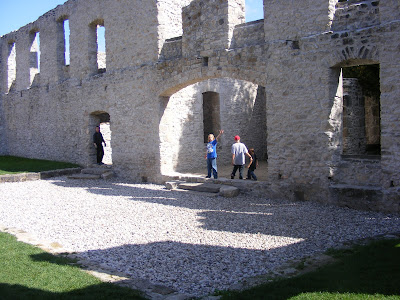 And then it was time to get serious and find some letterboxes. 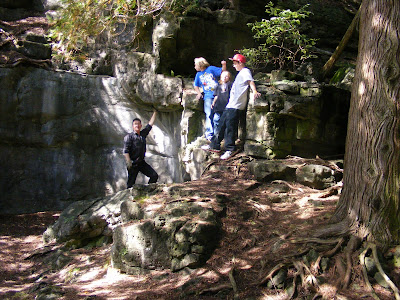 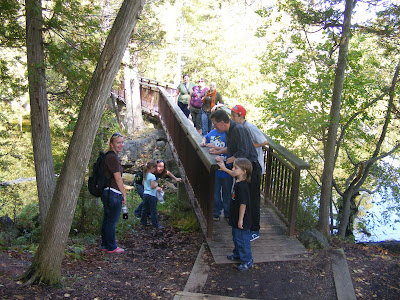 Our next find was Gilbert MacIntyre Memorial Area.  We had a great time finding this box as well.  Solved the clues and there it was.  Found the second set of clues. 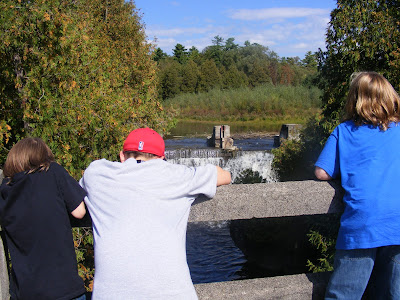 The second set of clues required some serious ciphering.  We teamed up with these ladies and each took a section of the puzzle to solve.  We did it.  And found the box as well. 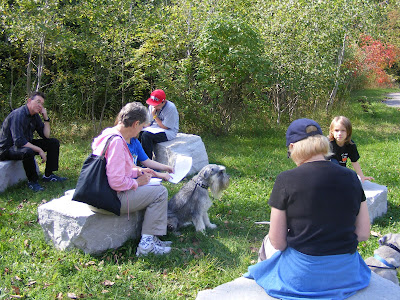 You just never know when Hal's flashlight is going to come in handy.  It certainly was useful when the boys decided to explore some very interesting caves. 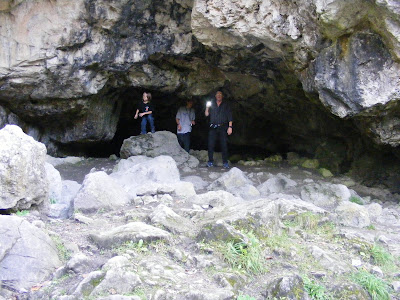 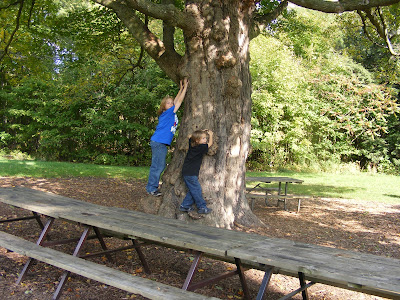 We were very sad that we had run out of time before finishing the final boxes in the series but we will definitely be back again.  The reason we were leaving was to check in to our motel in Niagara Falls, get supper and have an early night so we could spend Sunday letterboxing in Niagara Falls.

We stayed at a very interesting motel on Lundy's Lane which had family rooms with 3 double beds, fridge, microwave and couch at a very ridiculously low rate.  I wasn't expecting much so I wasn't disappointed . . . LOL . . . at least we had lots of space. 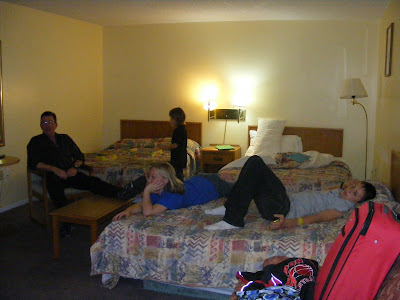 The air conditioner didn't fit in the window frame so they had duct taped newspaper all around it.  The tape had let go so the newspaper was fluttering about, letting in heat and bugs.  When the first bee flew in I had had enough.  Hal went down to the front desk to ask for towels and duct tape to stop the fluttering.  Even though we registered 5 people in the room there was only enough towels for 3.  A very short time later a young man came to the room with towels and duct tape, handed them to Hal and then left.  I guess he was skilled with duct tape and figured Hal would do a better job.

Other than that everything went well.  We ordered pizza and wings for supper and I produced a big cake with icing for dessert out of my never-ending cooler of food.  We were all very tired and after a quick board game we called it a night.

It wasn't until the next day that we realized we had been charged twice for our room.  It took over a month to get the charges corrected.
at January 17, 2012

Oh how I love sushi!!  I don't believe I've ever turned down an invitation to go to a sushi restaurant.  The best way to eat sushi i... 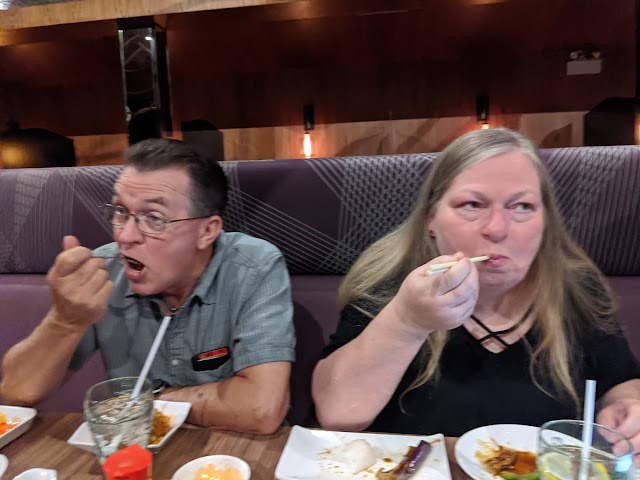