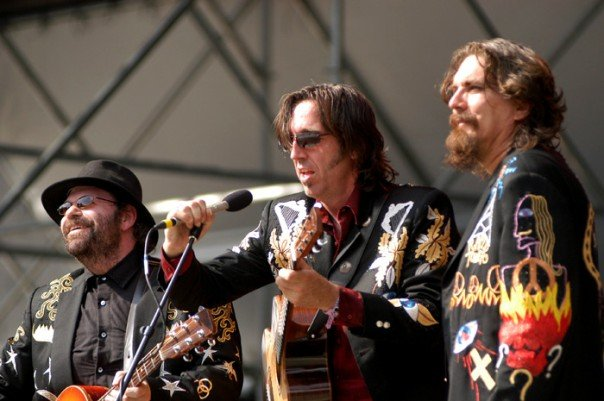 Blackie and the Rodeo Kings are a Canadian folk rock–alternative country band with blues and country influences. The band was formed in 1996, in Hamilton, Ontario, by Tom Wilson, Stephen Fearing, and Colin Linden.

Tom Wilson (former lead singer of Junkhouse and Tom Wilson & the Florida Razors), solo artist Stephen Fearing, and guitarist and producer Colin Linden started Blackie and the Rodeo Kings as a tribute to one of their favorite Canadian folk artists, the singer-songwriter Willie P. Bennett. Their name was taken from Bennett's 1978 album Blackie and the Rodeo King. What started as a side project soon turned into a full-fledged band after their first album, High or Hurtin': The Songs of Willie P. Bennett, was a critical success and popular with fans of both Bennett and each individual artist. Blackie and the Rodeo Kings have released numerous full-length studio albums and received many awards and nominations. In 1999, the band recorded Kings of Love, which received a Juno Award for Best Roots & Traditional Album – Group in 2000.