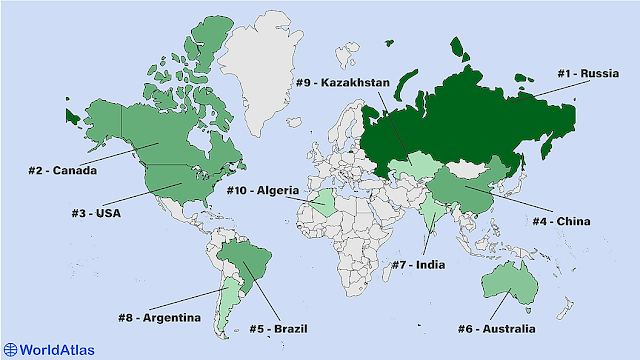 With a landmass of 9.1 million square kilometres, Canada is the second-largest country in the world. Canada is located in the top half of North America, and the country is bordered by three oceans: Pacific, Atlantic and Arctic. In fact, we have the longest coastline of any country. To our south, we share nearly 9,000 kilometres of land border with the United States. That’s the longest border in the world! Most Canadians live within a few hundred kilometres of the U.S. border.

Our country has some impressive geographic features, including vast mountain ranges and more than 2 million lakes. Would you believe we have just under 1 million square kilometers of fresh water? Pack your bathing suit and prepare to explore our beautiful rivers, lakes, streams and oceans.  https://www.educanada.ca/study-plan-etudes/before-avant/about-canada-a-propos.aspx?lang=eng