101 Interesting Facts About Canada ~ The Loonie 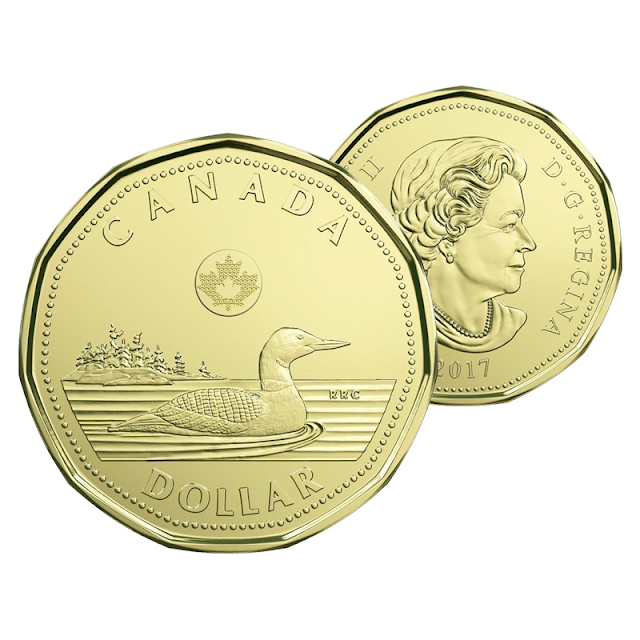 The loonie (French: huard), formally the Canadian one-dollar coin, is a gold-coloured coin that was introduced in 1987 and is produced by the Royal Canadian Mint at its facility in Winnipeg.

After its introduction, the coin became a metonym for the Canadian dollar: media often discuss the rate at which the loonie is trading against other currencies. The nickname loonie became so widely recognized that in 2006, the Royal Canadian Mint secured the rights to it. When the Canadian two-dollar coin was introduced in 1996, it was in turn nicknamed the "toonie" (a portmanteau of "two" and "loonie").