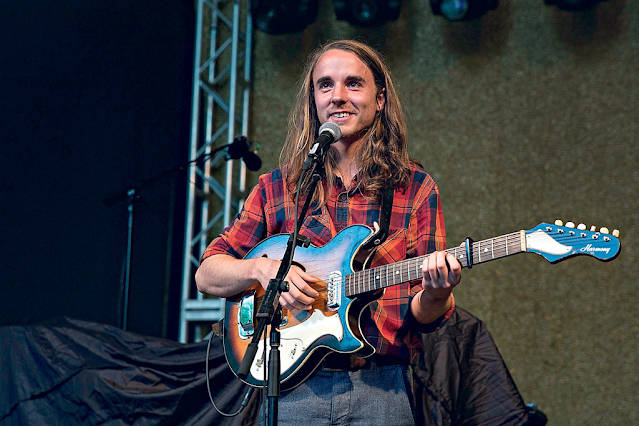 Andy Shauf is a Canadian singer-songwriter from Regina, Saskatchewan. He plays several instruments, including clarinet.

Shauf was a drummer in the Christian pop punk band Captain until 2006.  He released his debut album, Darker Days, in 2009, and followed up with the EPs Waiting for the Sun to Leave (2010) and Sam Jones Feeds His Demons (2012).  He released the album The Bearer of Bad News independently in 2012. The album was re-released in 2015 on Tender Loving Empire and Party Damage Records.

In 2015, Shauf signed to Arts & Crafts Productions in Canada and ANTI- internationally, releasing the non-album single "Jenny Come Home" as his first release on both labels. "Jenny Come Home" was Shauf's breakthrough on Canadian radio, charting on both CBC Radio 2's Radio 2 Top 20 and CBC Radio 3.

In 2018 Shauf recorded an album with D.A. Kissick, Avery Kissick and Dallas Bryson, under the band name Foxwarren. The album was released on 30 November 2018, and received a Juno Award nomination for Alternative Album of the Year at the Juno Awards of 2020.

On 23 October 2019, Shauf announced that a new album, The Neon Skyline, would be released 24 January 2020. A single, "Things I Do," was released the same day. After the release of The Neon Skyline, President Barack Obama featured the title track on his 2020 summer playlist. Commenting on this honor, Shauf stated, "It’s cool to think that Obama, or the Obamas together, have listened to my music. It’s a really nice feeling to think my music has gone that far."