It was so nice having all my kids and grandkids for Thanksgiving this year.  We had our dinner on the Saturday because, as I've mentioned once or twice, my husband is a truck driver and the only time I can generally count on him being home is Saturday afternoon.  We agreed to drive my youngest son and his girlfriend back to Toronto on Sunday.  When we were on the 401 I just happened to mention that I had the clues for a letterbox at the En Route (did I get that right?) near Woodstock.  It was cold and drizzly and dreary but Krystel was up for it so we pulled in to the centre and started trying to work the clues.  We are both educated women, which is probably what the problem was, but we were having trouble figuring out the landmarks.  And then we had an AHA moment and it was all clear and there was the box.  Guess what I didn't have?  A camera or our stamp and ink.  We huffed on the stamp and were able to get an imprint and we just left notes in the log book.  We replaced the letterbox a little better than we found it, a little deeper into the tree, so hopefully it will be safe and enjoyed for a very long time.

I actually had to look up how to do a chain stitch.  I don't remember the last time I embroidered something. 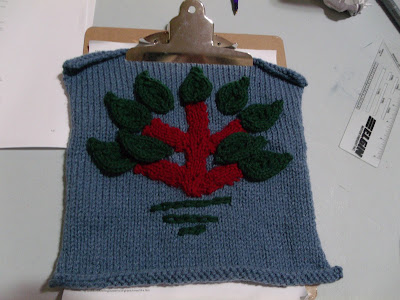 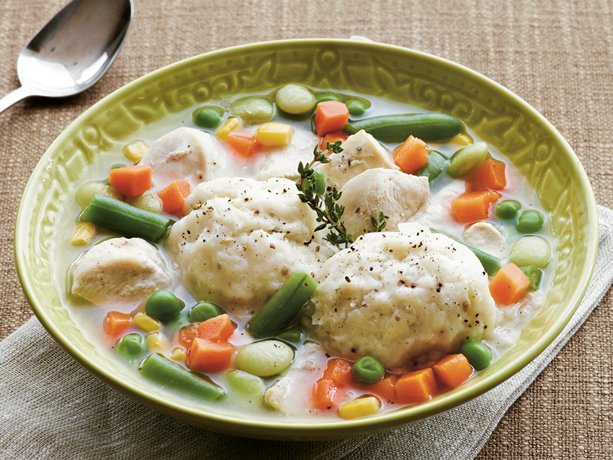 1 1/2 lb boneless skinless chicken breasts, cut into bite-size pieces I made a roast chicken a couple of days ago so I had lots of prepared meat to use
5 1/4 cups Progresso® reduced-sodium chicken broth (from two 32-oz cartons) I made my own broth from the carcass of the roast chicken
2 cups water
1 medium onion, chopped
1 1/2 teaspoons chopped fresh sage leaves
1 1/2 teaspoons chopped fresh thyme leaves I had no thyme, fresh or dried, so I just started sniffing spices until I found one that I thought would suit the recipe.  Don't laugh.  I used a couple of spoonfuls of foccacia seasoning from Epicure
1 1/4 teaspoons salt
3/4 teaspoon pepper
1 bag (16 oz) frozen mixed vegetables  I used 2 diced potatoes, 2 stalks of celery diced and 1 really large carrot diced as well as 1 cup of frozen peas
3 cups Bisquick Heart Smart® mix  I used regular Bisquick
1 cup buttermilk I used regular milk
1/2 teaspoon poultry seasoning


Makes 8 servings
Just one more time that I took a perfectly good recipe and made it mine . . . LOL.  The original recipe came from bettycrocker.com  Hal loved it so much he kept grasping my forearm across the table and sighing.  It was hysterical.
at October 30, 2012 No comments:

Sammy, Where Are You? An Unconventional Memoir . . . Sort Of by Ira Spector 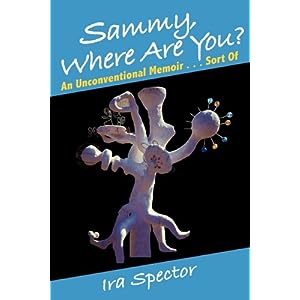 From the back cover of this outrageously funny book:

Author Ira Spector played poker for years with an artificial turkey inseminator, and had after-tennis "prayer meetings" with his pals where they screamed and shouted at each other and solved all the worlds problems in one hour. He was slowly infected with an itch to document the most memorable episodes in the jar of jelly beans that has been his life.
He chronicles his story in seventy-one essays and poems which are frank and at times outrageous. His eventful and unusual romps through six continents and eighty one countries, the diversity of his career and the characters he met are amply described in this rich narrative.
He talks about:
This enticing memoir is a journey through the exciting highs and memorable adventures encountered in one hell of a lifetime.


Ira Spector grew up in Brooklyn and is now retired in the San Diego, California area.  He has met some very interesting characters in his life and traveled to many exciting and exotic locations.   I think his life has definitely been like a jar of jelly beans.  Apparently one day, at the ripe old age (his words, not mine . . . LOL) of 78, he decided to publish some of the more memorable moments in his life. I am so glad he did.

Spector has a really enjoyable writing style and I had trouble putting this book down. In fact, there was more than one occasion when I burst out laughing. Since I read late at night, you can imagine how startled my husband was.  If I had to pick a favourite story it would have to be about the adventures of Sammy.  If you want to know what happened to poor ol' Sammy you will have to buy this book.  The story that made me cry the most was about Spector's visit to a Cambodian prison.

Spector is great at bringing his characters to life, making them dimensional and real to the reader.  His stories show insight into the world and the people in it.   If I could think of criticism it would be the fact that Ira himself often remains enigmatic.

The author has won three honorable mention awards for some of the 66 stories in the memoir, two international contests, and had three stories and one poem published in online publications. His poem, A Senior's Tennis Lament, has been printed in Tennis View magazine.

This is a great read. 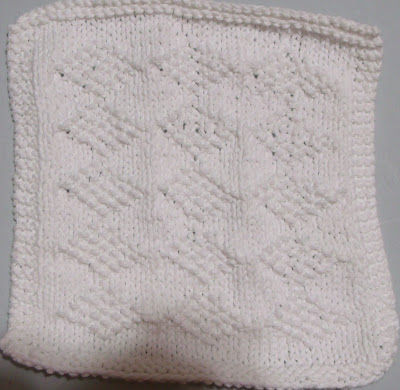 This is the mystery knit along project for October 1st.  I can't believe it but I am actually caught up on these KALs. 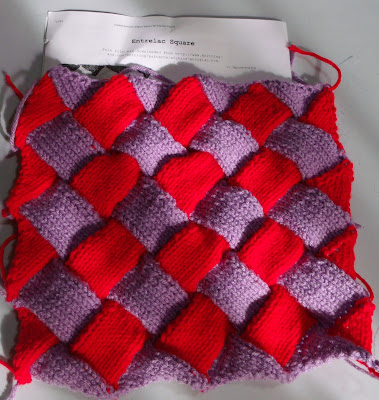 This is the Entrelac Square for my Oddball Sampler Afghan project.  It looks like woven strips but it is actually one solid piece.  It took two online videos before I understood how to do this technique but now I'm thinking of all the different things I could do with it . . . . like a nice warm sweater.  I really enjoyed learning Entrelac. 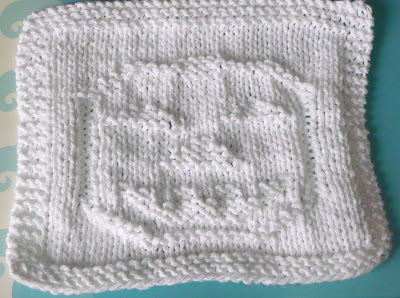 Pretty excited about this dishcloth.  The last day of instructions were just posted yesterday and I finished it yesterday.  That's new . . . LOL!
at October 20, 2012 No comments:

In through the front door, run around the back . . .

"In through the front door,
Run around the back,
Hop through the window,
Off jumps Jack." 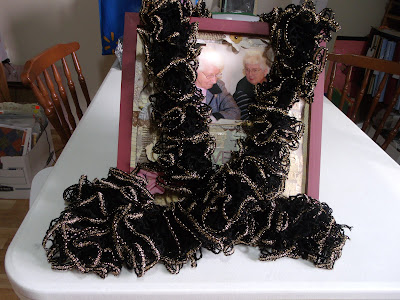 I have seen so many of these fancy scarves around so when I found the yarn on sale I decided to give it a try.  It was simple to make, in fact you could even say they are mind-numbingly simple.  The only way I will ever make another one is if I am begged to for a very very special occasion.  That's how boring they are to make.  But now I can say I've tried it. 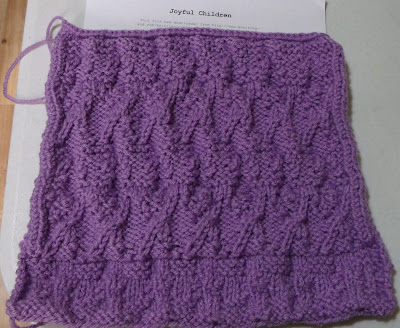 I am finding the Oddball Sampler Afghan squares to be quite challenging.  But I love a good challenge.  This square is called Joyful Children. 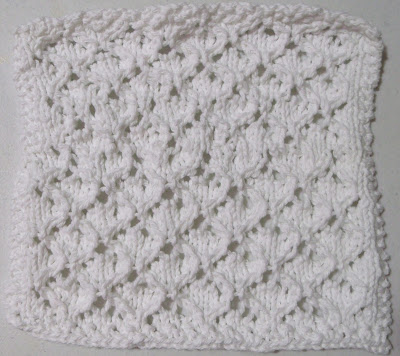 This pattern is called Diamond Drop.  Just one of the I don't know how many mystery knit along dishcloths I've made.  I enjoy these projects because #1 its fun and #2 its quick and #3 its a great way to learn a new pattern and #4 they make great gifts.  If you think you would like this kind of challenge, check out http://groups.yahoo.com/group/MonthlyDishcloths/

Today's Writing Prompt: Independence Happy Independence Day to the USA! Today, write about how your life would be different if the US we...