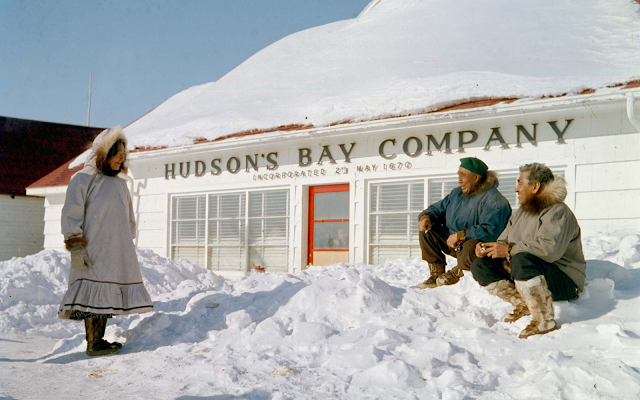 The Hudson’s Bay Company (HBC), chartered 2 May 1670, is the oldest incorporated joint-stock merchandising company in the English-speaking world. HBC was a fur trading business for most of its history, a past that is entwined with the colonization of British North America and the development of Canada. The company now owns and operates nearly 250 department stores in Canada and the United States, including Hudson’s Bay, Saks Fifth Avenue and Saks OFF 5TH. Originally headquartered in London, England, its head offices are located in Brampton, Ontario. HBC is a private business owned by a holding company.
For more information, check out this interesting article in The Canadian Encyclopedia.
at June 24, 2021