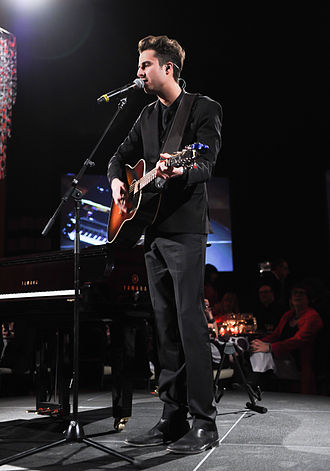 Bobby Bazini (born Bobby Bazinet May 6, 1989) is a French Canadian singer-songwriter from Mont-Laurier, Quebec, Canada. He has released three studio albums and is currently signed to Universal Music Canada. In 2011, Bazini was nominated for two Juno Awards: New Artist of the Year and Pop Album of the Year.